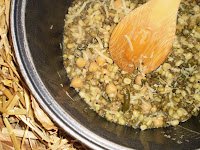 It happened about a month ago. As I do on most evenings, I walked over to my friend Rama's place to hang out, and play with her dog Maggie. Usually my friend's house is very clean, but on that particular day strands of hay were strewn all over her living room. She and her husband had just moved in a bale of hay from Lowe's. My friend was sitting on the floor hunching over a wicker basket, twisting small bunches of hay, and placing them inside the basket. As I entered the room, she turned towards me and gave me an excited smile, the kind of smile that you rarely see in adults. It was the kind of radiant smile that you see in young kids when they are engaged in some kind of creative play, like building a castle out of dirt, for instance. It was obvious that my creative friend was again up to something, but what? She asked if I could guess what she was making. I first thought may be it was some kind of shelter for Maggie to keep her warm in the winter, but then the basket seemed too small for her. Or may be it was some new art idea that she had come up with, but what exactly was she making? I could not think of anything. I gave up. Keeping me under suspense, she said I better wait and watch then. So I waited, saw the product taking shape in front of my eyes, and finally tasted the absolutely delicious rice that she prepared with it.

My friend is a great cook, but never before had her rice tasted so good. It was the best tasting rice I had had in a very long time, and its texture was perfect. The rice tasted so good, I felt like I could eat a lot of it even without the help of any side dish. In some strange way, the hay box had transformed regular rice into a delicacy. My friend had prepared a cooker out of hay and the wicker basket. I could not believe that a cooker which seemed so rural and primitive could prepare such tasty rice. And then I remembered the sheer delicacies which my mother, grandmother, and great-grandmother prepared using the so called "primitive" methods of cooking. I realized nothing beats the old, slow methods of cooking. And here was a technology which allowed slow cooking without the extra-energy demands that usually involve slow cooking.

The principle was very simple. To cook the rice my friend brought rice to a boiling point on a regular stove. Then she turned off the stove and moved the hot vessel containing the boiling rice into the wicker basket that was lined with a thick layer of hay on all sides. She covered the vessel with its lid, and then placed on top of it another lid made out of hay. Basically the vessel was covered on all sides with hay. Hay being an excellent insulator trapped the heat that was there in the vessel, and made the rice cook in its own heat within 40 minutes.

My friend got her idea about the hay cooker from a video she watched on AID's (Association for India's Development) website. Many of my friends in Bloomington volunteer for AID. Surely, many AID members in US must have seen the video, but no one ever thought of preparing a hay cooker here in US. Because the hay cooker was being promoted in a rural village in India, it must have seemed like a rural thing that was not applicable in the context of a developed country like the USA. But my friend saw beyond the context, and with support of her husband had just succeeded in her experimentation with the hay cooker. The proof of the brilliant success of the cooker was of course the yummy rice on our plates.

Now my friend regularly cooks in her hay cooker, and not just rice but a wide variety of dishes. I have attached a few pictures of some of the delicious dishes she has prepared in her hay cooker. Because of the initiative taken by her, a lot of people in Bloomington have now got excited about the hay cooker. You too can try it in your own home!!

Benefits of the Hay Cooker: 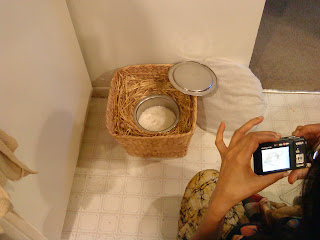 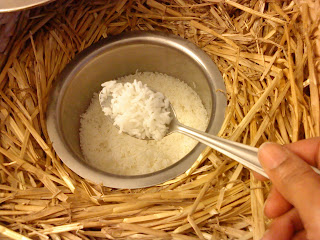 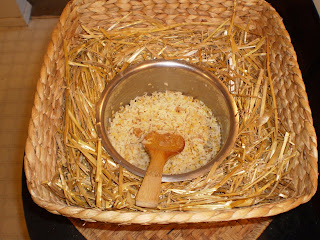 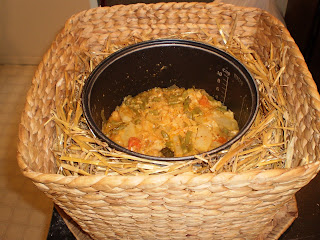 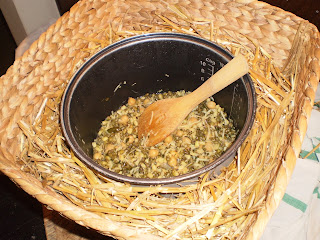 For more pictures, follow this link: http://picasaweb.google.com/ramacousik/HayCooker?feat=directlink
at 11:55 PM