A calendar year is just a humanly created construct. Our lives don't change dramatically from one year to the next just because a number changed on the calendar. And to a large extent that would be true about my life in the year 2022. It was a year of mostly doing the same things that I had been doing in the years before: teaching, researching, writing, exercising, singing, and spending time with my family and friends, although because of the distance constraints, the interaction with my family and some friends was only limited to phone and video calls. Does that mean that nothing really stood out in 2022?  Not quite. 2022 was a significant year in many ways that provided many opportunities to both celebrate life and learn life lessons. 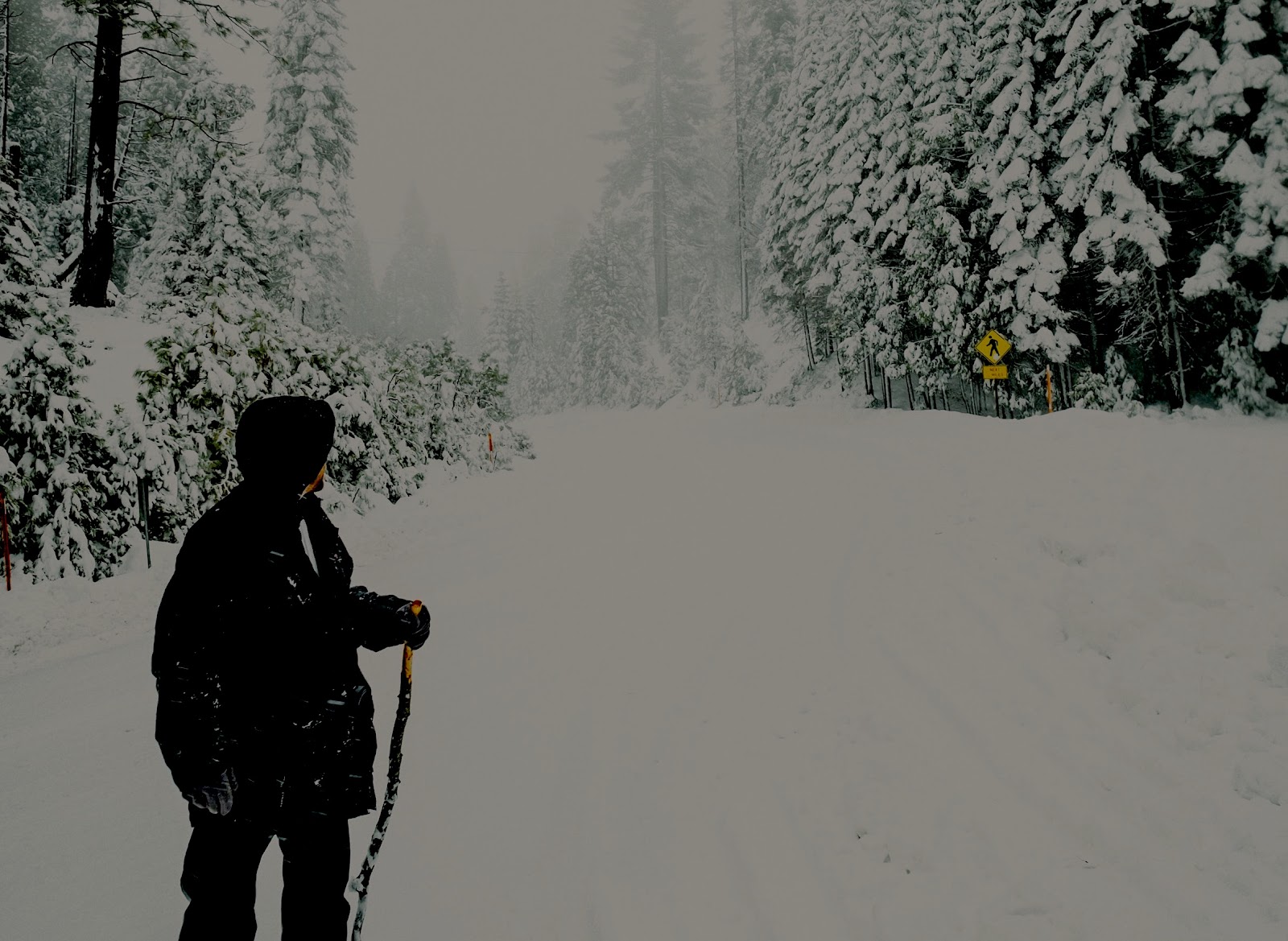 2022 will go down in my personal history as being the year I published my first book, "Managing by Dharma: Eternal Principles for Sustaining Profitability"; Dr. Suresh Kalagnanam, an Accounting Professor at the University of Saskatchewan, Canada co-authored the book with me. Later in the year, I also won a small grant to write a second book. If things go well, it should be out sometime in 2023.

Music, although not my profession, is an integral part of my life, so I must reflect on whether I succeeded in developing in this area. How much I developed would be for others to judge but I was definitely more consistent with my vocal practice this year than I had been in the past. I still have a long way to go, but I believe the greater consistency did help me make some improvements in my vocal skills and music repertoire.

A significant aspect of 2022 is that I reoriented my focus back to health. Most of my friends know me to be a very fit guy who runs marathons and ultras, and is also pretty fast at that. But the truth is that I had been neglecting my health for quite some time. This decline was stark to me when I went on a hiking trip to the Yellowstone and Grand Teton National Parks this Summer. The first day of hiking went well; it was a relatively easy solo hike. But on the second day when I decided to attempt a difficult peak, I was left behind by a couple of younger hikers who moved much faster than me while I was huffing and puffing my way up the mountain. For a man who had in the past run ultra-marathons on mountains, this was extremely frustrating. The climbs did become easier during the latter part of my stay at Yellowstone but the initial struggles were an excellent wake-up call. I realized what I had been doing wrong. Although I had stayed fairly consistent with my exercise habits, the extent to which I exercised was mostly maintenance-level. More importantly, I had been eating and drinking too much junk stuff over the past few years. The effects of these bad habits may not have been visible to others but I was starting to see a decline in my strength, speed, and stamina. Still, the realization did not lead to any overnight changes in my habits. Inertia is a  real thing and it took me months to make small incremental changes, falter, and try again. But I can say that the momentum has picked up recently. If I succeed in maintaining this, then 2023 could turn out to be the year when I succeed in achieving certain personal goals that I have related to fitness.

2022 was a significant year from a psycho-emotional standpoint as well. When you are living alone and away from your family, you occasionally feel very lonely. During these times you tend to ignore the positive aspects of your life. Your focus shifts to the one thing you don't have instead of being grateful for the many things you do have. The good news is that as 2022 progressed, the episodes of me feeling lonely reduced significantly. I started feeling greater contentment in my own company. I am not sure how this happened. Maybe some life events gave me a bit better perspective on life. Maybe it was meditation. Maybe the small modifications in dietary habits influenced it. Or maybe it was the grace of powers above. Whatever it was, I am rarely if ever lonely now. I am grateful for this and hope that I succeed in maintaining this higher level of contentment as I move into 2023.

In all the years that I have lived so far on this Earth, 2022 is the year where I lost the maximum number of close people to me. Death is of course an inevitable part of life, and if you live long enough, you are bound to have to say goodbye to many people you love. However, this year the numbers were staggering, even compared to the deaths that happened during the peak of the Covid-19 period.

The first death happened at the very beginning of January 2022 with the passing of my friend, Shamim Ahmed. Shamim Sir was an intellectually honest and courageous man. He was in his 70s and had become weak due to cancer, but periodically we still used to meet and engage in intellectual conversations about science, religion, philosophy, and life. He was also a big supporter and admirer of my singing. Losing him was sad.

Then in mid-February, I lost my classmate from my undergrad years, Mousumi Bhowmik. Mousumi was a very close friend and a big supporter of all my work. She had been battling cancer but had been in remission, so her death came as a huge shock. The loss of any friend is always difficult but the untimely death of Mousumi was a particularly difficult one for me to process.

Then in March, I lost my maternal grandmother. She had gotten extremely frail and was suffering a lot for the past couple of years. So her death brought a sense of relief that she no longer had to bear the pain. Still, the emptiness that she left behind was immense. The fond memories that I have of her make me believe that she will continue to shower her love and blessings from wherever she is now.

There was some respite for a few months and then suddenly in September I got the news that a colleague and close friend from my Tata Motors days, Ravi Koganti had passed away. I hadn't met Ravi in a very long time but we had stayed in touch. We shared a lot of values, including resilience and passion for Hindu dharma. An interesting fact about Ravi was that he had nicknamed me "Professor" long before I took to academics and actually become one. Obviously, he saw in me qualities that I hadn't realized myself. Again, a big loss.

In October came another bad news of the sudden tragic death of one of my Ph.D. professors, Dr. Timothy Baldwin. He had been a strong cheerleader of my teaching and research work. He had even visited me once in Fort Wayne. It was difficult to come to terms with the fact that a person who was a fountain of positive energy would suddenly not exist anymore.

The last death happened in December and that was of my colleague in my current workplace, Dr. Max Montesino. Max was also a person bubbling with positive energy. He was planning for early retirement in December so that he could just focus on writing books, traveling, and enjoying life with his family, but in October he was suddenly diagnosed with a brain tumor. He underwent surgery and was recovering fairly well but then things suddenly took a turn for the worse and he passed away in early December.

2022 was also the year when a few of my favorite musicians passed away: Lata Mangeskar, Bappi Lahiri, KK, and Pandit Shiv Kumar Sharma. These weren't people I knew personally but through their music, they had had a strong impact on my life. Generally, I feel that musicians tend to take a special place in our hearts because of the emotions they evoke in us through their music. Losing these legends was certainly not anywhere near as painful as the loss of a family member and close friends, but the untimely and sudden death of KK did force me to reflect deeply on the ephemerality and fragility of life.

Looking back at 2022, I am grateful to be alive and healthy. I am grateful for the absolutely wonderful people I have in my life. But what 2022 also taught me was this: if you want to do something, don't wait for the right moment. They say life is too short. Life may not exactly be short but our current life is certainly finite and you never know when your time will be up. We human beings are extremely strong, resilient, and resourceful species, but the laws of nature are infinitely more powerful. Thus, the life force within ourselves while being very strong can also be very short-lived, especially if we do not take care of our health. Life is indeed very fragile and needs to be handled with utmost care. Of course, we all know this at an intellectual level but we tend to get caught up in unhealthy habits and patterns. We engage in meaningless pursuits that slowly and gradually decrease the quality of our lives. So, it is important to periodically take breaks from our mindless routines and reflect on our experiences, relationships, and purpose in life. Doing so might not add years to our life (if you subscribe to the idea that we are all born with a finite number of days on this planet) but it will certainly add life to the number of years we live on this planet.