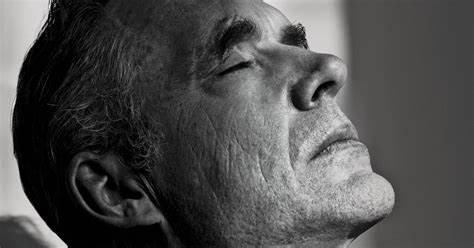 Listening to the unedited version of Prof. Jordan Peterson's interview with Decca Aitkenhead (a journalist for The Times, UK) would make even a cold-hearted person be filled with compassion for Peterson and his family. The kind of hardship that they have gone through over the past few years makes me feel like one of the most blessed human beings on Earth (and those who are close to me know that I have been through some deep shit in life). Yet, when the feminist Decca Aitkenhead publishes her article in The Times, it is full of spite towards Peterson, and attributing his family's problems to Peterson's "Toxic Masculinity."

It would be mind-boggling for any rational human being to find even micro traces of "Toxic Masculinity" in Peterson's interview; if anything, he is extremely vulnerable in the interview, which is considered a feminine characteristic. But when you have been bitten by the feminism virus, you can't help but see anything but "Toxic Masculinity" around you. The irony is that if anyone should be more compassionate, it should be Decca Aitkenhead, because her "Toxically Masculine" partner literally gave up his life to save their son from drowning in the sea. "Enlightened" Aitkenhead, of course, had no compunctions garnering sympathies for herself when she wrote a book on the pains of losing her partner to the tragic accident, but then how could she be empathetic to Peterson, who is a "cis-gendered" white man?

Well, my ranting aside, what is the moral of the story here? It’s simple, don’t be like Jordan Peterson.

“But I thought, you admired Jordan Peterson!”

Yes, I do. I admire Peterson’s intellect, his penetrating reasoning abilities, his level-headedness, his intellectual honesty, his self-reflective nature, and his resilience. But he has a major weakness, and that is that he is a nice human being, who easily trusts people, and is compassionate towards them. In the language of Personality Psychology, he is too high on the trait of Agreeableness. That is his Achilles heel.

How do I know this? Because I’m pretty high on the Agreeableness dimension myself. Similar to Peterson, it’s this personality trait that also brought me into the helping professions of counseling and teaching. And like Peterson, I also let my high Agreeableness influence some of the major decisions in life. However, unlike Peterson, I was not very lucky, and those decisions cost me dearly. Paradoxically, my bad luck was actually lucky for me, because I have woke up to the dangers of high agreeableness sooner in life than probably Peterson has in his life.

Prof. Peterson would be able to explain it way better than me about the negative side of Agreeableness, especially for men. The paradox of life is that the most benevolent men get branded as being “toxically masculine.” That’s pretty much the reason why over the past few years, I have invested heavily on awakening the inner asshole in me. It’s high time Peterson did the same. He should know better given the experiences that he has had with Cathy Newman, Helen Lewis, and now, Decca Aitkenhead.